Last night I played my first game of FoW in three months. This was the first time trying out V3, and although I don’t have the rules (I only bought my V2 soft version and you can’t buy V3 yet) my opponent had read the rules and was well versed on the new changes. I do, however, have to thank the WWPD guys for their podcast that reviewed the rules changes, I was listening to it on my way to the game.
There are no drastic changes to V3, more of a rules clean up and re-balancing. The biggest change is to how Assaults work, though we did not test every new rule as the occasion didn’t come up.
We played a 1500pt MW game, the mission was the new Hold the Line, I was running a Grenadier list from Tunisia/Italy and my opponent was running a Motorized Infantry British list from North Africa. My army is painted for the European theatre but since my opponent had the 8th Army we decided to play in the Desert anyway. If you’re a grognard you should stop reading right now….
We started a little late and played at a leisurely pace, it was one infantry co attacking another, and we were relearning some of the rules so our game didn’t reach a conclusive result. I was working my way through the village trying to take advantage of what little cover there was. I could've advanced faster but I have lost too many games lately by over extending myself so I wanted to co-ordinate my attack carefully. As I was getting close to my objective my infantry platoons got pinned down by artillery fire, further slowing down my advance. We ended the game on Turn 5 because we ran out of time. I think I could’ve won, I had very few losses and three nearly full strength infantry platoons on top of the objective, I bet my opponent would beg to differ though :)
Lastly, I am considering borrowing the spotting rules and blinds from IABSM and adapting them in FoW, I feel like FoW could use a little more surprises and it’s a mechanic that I like. We’ll see if any of my opponents agree to try it out.
﻿
﻿
﻿

Email ThisBlogThis!Share to TwitterShare to FacebookShare to Pinterest
Labels: FoW

This battle was loosely based on the 10,000 Spartans that fought for Cyrus the Younger in a civil war against Artaxerxes the second. The Spartans ended up on the losing side of the battle and had to fight their way out of Persia, this battle was a theoretical action of a Spartan rearguard against an attacking Persian force that was trying to cut them off.
For the full details of the battle I would like to refer to this wonderful detailed write-up that my opponent did, but be warned it is full of Greek proproganda and heresay:
http://themonkeythatwalks.blogspot.com/2012/02/plateaesque-kind-of.html
I won’t repeat the details of the battle other how I saw it go from my perspective. My overall plan was to win the flanks and hold the centre, and that’s why I placed my infantry behind difficult terrain. I knew my infantry was outclassed and didn’t want to commit them to battle. I was relying heavily on my horse archers and light javelins to shoot him up on the flanks and disorganize his line. So when my unit of horse archers got completely wiped by a lucky roll of the dice I knew it was going to be downhill from there.
I made a few key mistakes in the battle, I placed my general on the wrong flank where he got bogged down in terrain and was too far for his command distance. I hadn’t played the game in a while and so lost the skirmish battle due to poor placement. My execution of attack with my infantry and medium cavalry was poorly co-ordinated, it was my plan B and when I needed them to move the terrain hindered my progress severely.  Lastly, I could’ve made a better army list and used more FL with Javelins and probably one more horse archer in place of CM.
All in all is was a good game, albeit a bit frustrating, I learned some more important lessons about how to use the Persians. They are a tricky army to play with because they have a lot of diverse weapons but not all of them are good and they have to be combined to be used effectively.
Also, looking back through my blog posts I noticed I’ve lost 5 out of my last 6 games, with my sole victory being a technical victory at a high price in material. I hope this trend ends soon, but in the meantime here’s how the battle looked from the perspective of the doomed Persians. 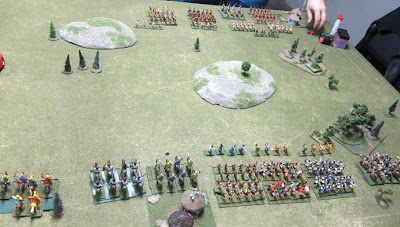 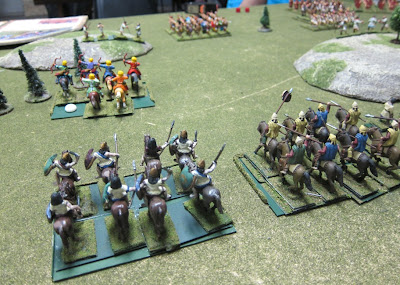 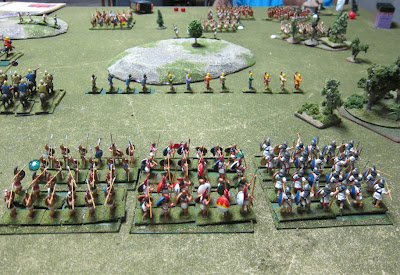 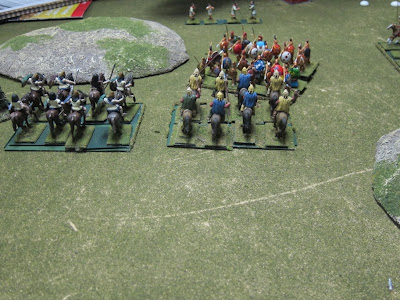 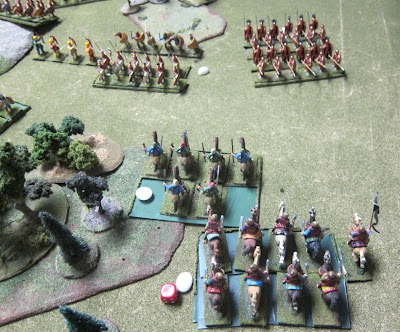 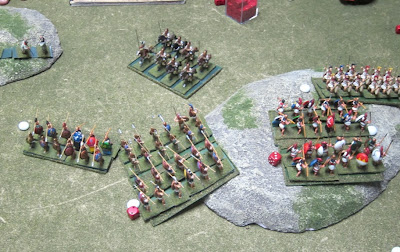 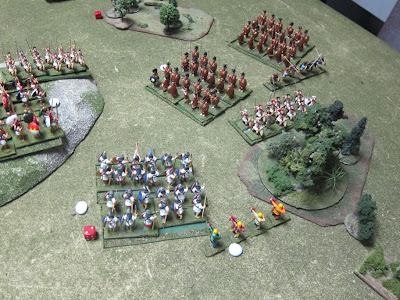