The Imperial expedition was ambushed on its way to the Asteroid Colony, but managed to drop an elite squad of Space Marines to investigate the colony. The Marines were never heard from again but Imperial communications relays received a data download from the central computers on the colony. This data revealed the miner’s on the asteroid colony were working with the Xenos, sending them the outputs of their production in exchange for protection. The computer data contained shipment and communication logs that allowed Imperial decoders to deduce the location of the Xeno planet.

The planet lies outside of the boundaries of the Imperium. it was codenamed Trajan by the war planners at HQ. Long range scans of the planet showed a earth like planet orbited by a network of space stations. The Space Marines were tasked once again with being the vanguards of the invasion. Although they had to travel a far distance to reach their target, they would have the element of surprise on their side. Their mission is to take over the space stations defending the planet Trajan in order to prepare for the planetary assault.

The first ships of the Space Marine fleet approach the space stations, luckily they are left unarmed as the defenders were caught off guard. 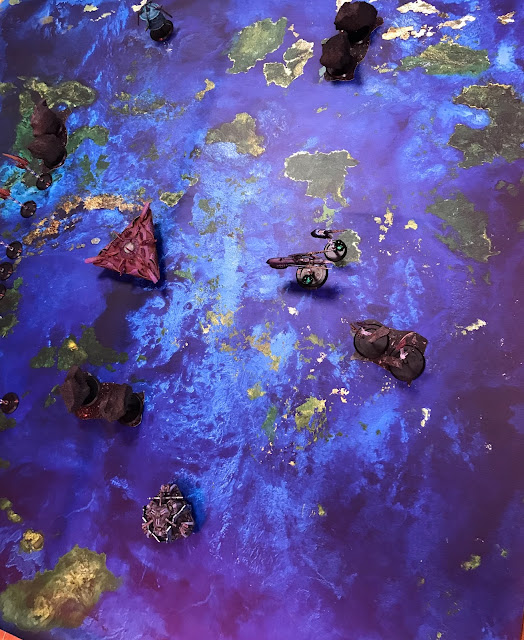 The Xeno fleet mobilizes quickly and deploys to counter this threat. 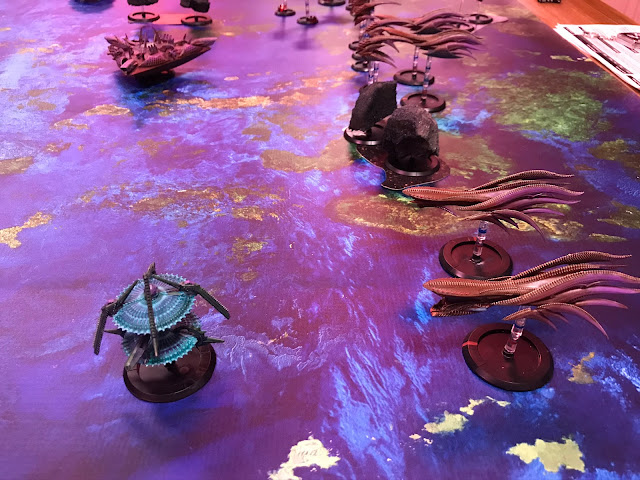 Both fleets manoeuvre into position and rush to occupy the abandoned space stations. 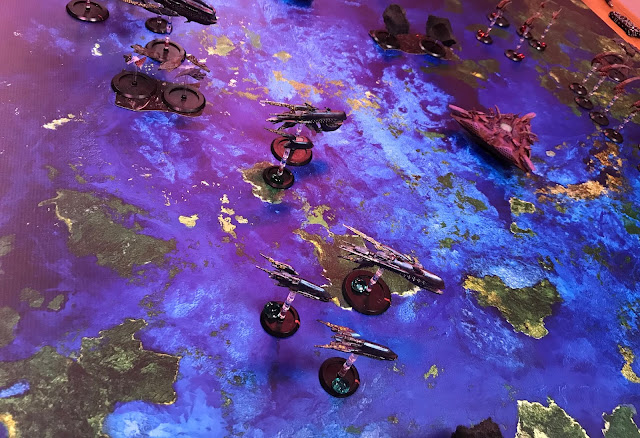 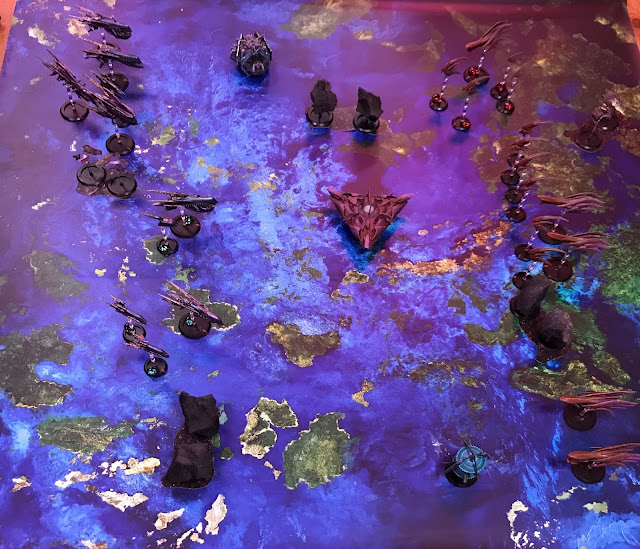 As the fleets close to engagement range the Xenos launch their deadly bombers, countered by the Marine fighters. 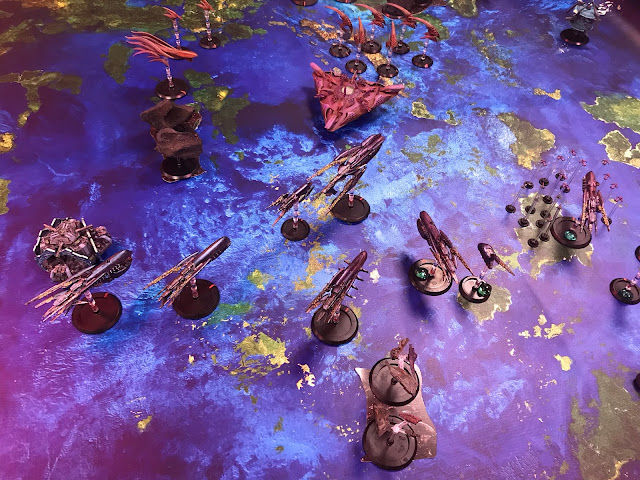 Meanwhile on the other side of the battle the Xenos shore up their defenses and put troops on their space station. 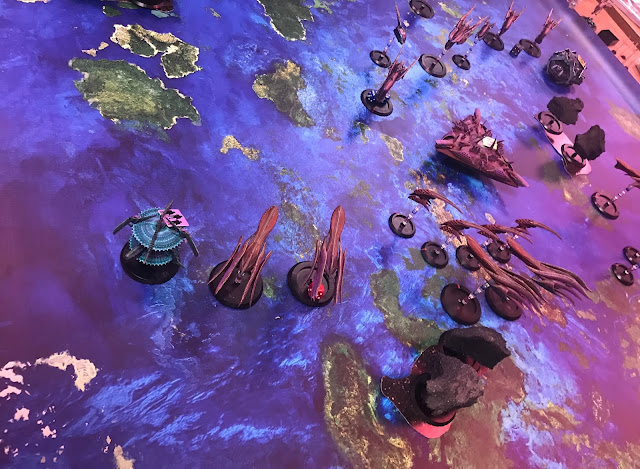 The Space Marines have the advantage in troop carriers, the Xenos realizing this unleash their burnthrough lasers cause hull damage. Meanwhile the Xeno superiority in launch assets destroys the Marines light cruiser. 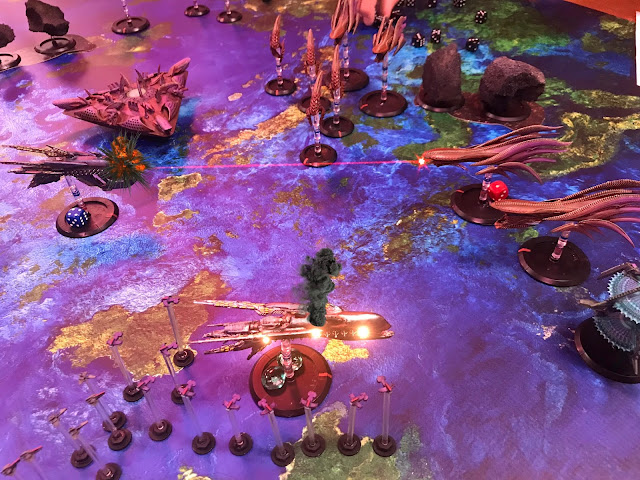 The troop carrier unleashes a volley on the Xeno frigate while sustaining more heavy damage. It manages to drop off the first squadron of Space Marine troops onto the Xeno space station. 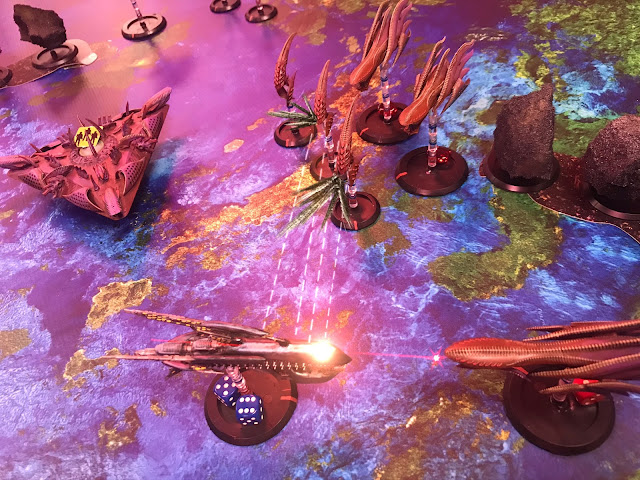 The Xenos keep coming, using their close action weapons to retaliate on the Scipio. 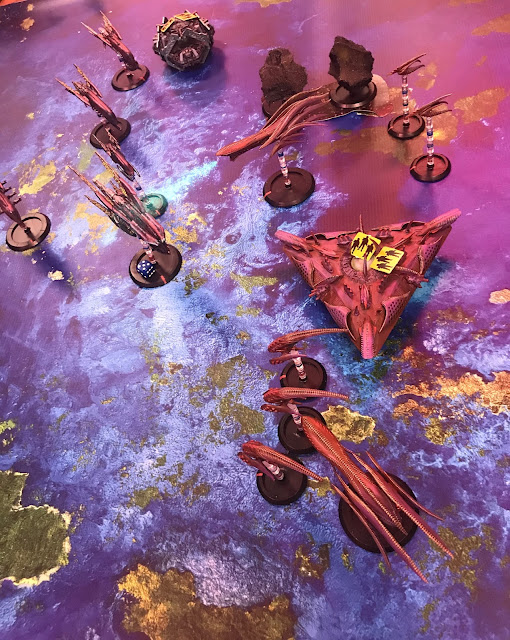 The Space Marine battlecruiser, Scipio unleashes its full broadsides on the Xeno frigates and cruisers. The Space Marines are deliberately prioritizing the smaller Xeno ships which are understood to carry their boarding troops. 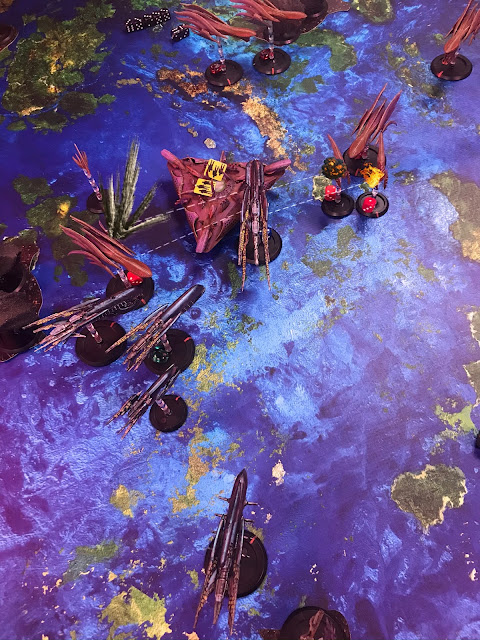 The fighting with the launch assets intensifies as both sides launch their bombers against opposing assets. The Scipio is destroyed in a great explosion as a result of overwhelming enemy launch assets. 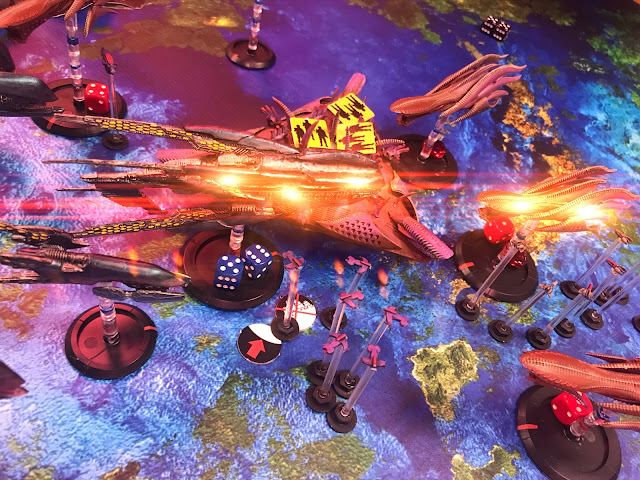 The Xenos land their first troops on the large space station, however, Space Marine forces have already boarded and shored up their defenses, throwing back the Xeno landing party. 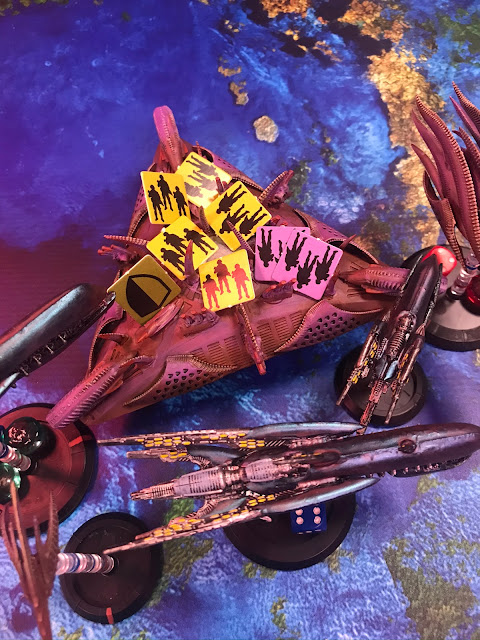 As the fighting gets hot and heavy the Space Marine troop ship unleashes two broadside volleys before being taken out by opposing fire. 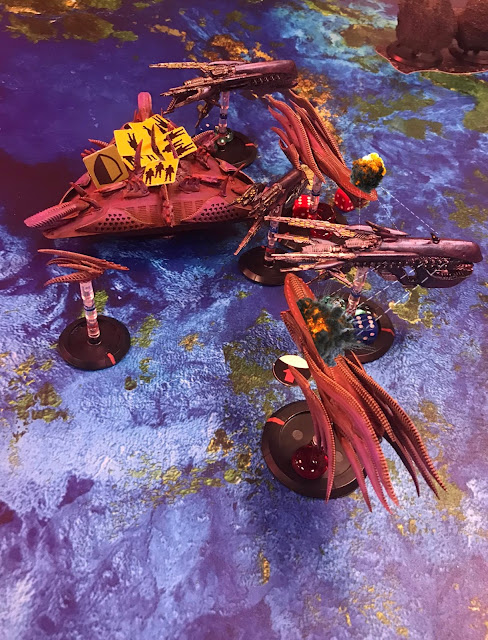 The battle ends in a stalemate in the space orbiting Trajan. Both sides lost most of their ships in very close quarters fighting, however, the Space Marines managed to capture two out of the three space stations and neutralize the planetary defenses. In both battles the Marine losses have been heavy but they have paved the way for the full planetary invasion to get rid of the Xeno threat once and for all... 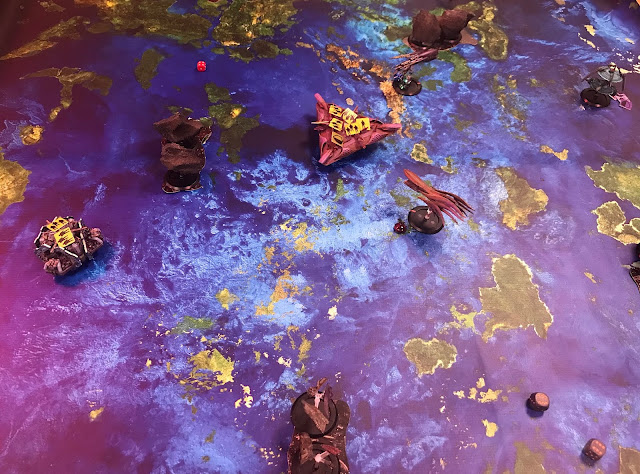